from the 'Long' Lee-enfield Magazine Rifle Mk.1* and its shortened carbine.

The carbine with Morris Tube in position

in conjunction with the locking key

Tube, Aiming, Key, M.M. L
Morris, Carbines, Artillery and Cavalry (Marks I, II and III)
Patterns have been sealed to govern future manufacture of the above-mentioned tubes.
The tube differs from the M.H. carbine tube (L.o.C. 4938) in the following:

It is not provided with fixed and moveable bushes, the tube itself
fitting the bore of the carbine; a brass washer (H) is added; the transverse
of the sliding extractor (D) on the breechpiece (C) is regulated by a fixed
pin (E) instead of by a screw; the tube (A) and breech-piece (C) are made
suitable for the .303-inch chamber.

The key (I) is similar in construction to that for the Martini-Henry
tubes, but is made suitable for the .303-inch chamber.
The cleaning rod for M.H. carbine (L.o.C. 4938) will be used with
this tube.

and subsequently Enfield converted to .303 Martini Metford Mk.III in 1893 (LHS).

The opposing arrows mark indicates that the carbine was "Sold Out of Service". 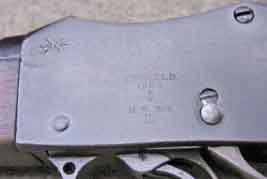 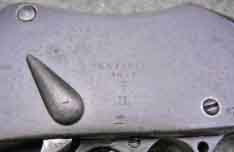 Below - with the tube and chamber removed from the carbine

and the breech-block lowered with the sleeve over the chamber withdrawn by the extractor after firing.

The rotary positioning of the Morris chamber and its sleeve is critical for loading and extraction.

Here it is rotated anti-clockwise about 65 degrees for clear illustration. 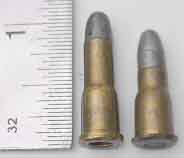 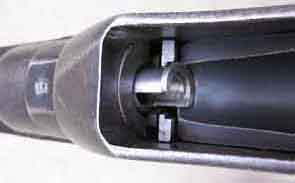 ..and right, the Long and the Short

of the Morris cartridge.

A contemporary advertisement by the Morris Aiming Tube and Ammunition Co.,

recommending the benfits of their products for rifle practice.

Lord Roberts, the main instigator of the formation of clubs and associations,

such as the Society of Miniature Rifle Clubs, to encourage the uptake of rifle shooting

after the poor showing of British combatants against the Boers during the two South African Wars. 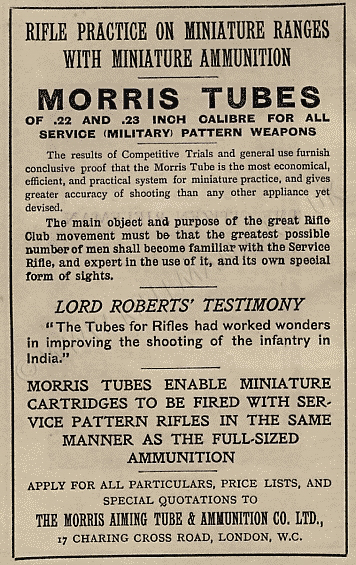 Below: the Parker's catalogue page advertising both products 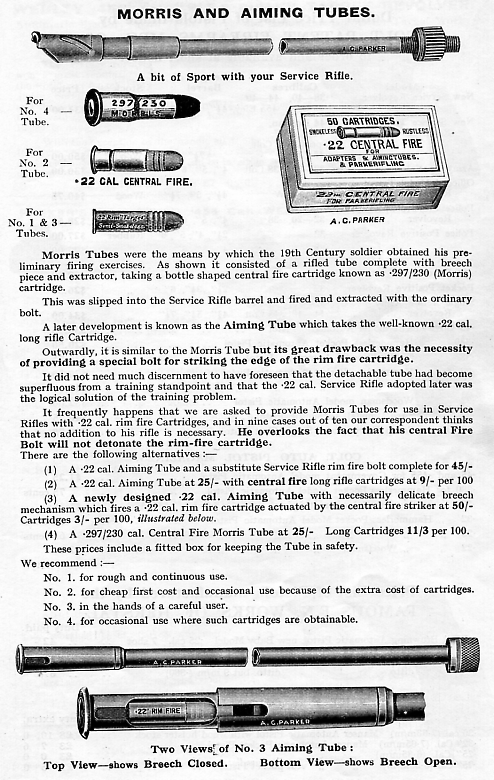 and later in the War Office Pattern Miniature rifle. It is eight groove with a right-hand twist.

Below: a view of the leed at the chamber end of the tube, with chamber section removed 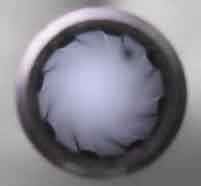 The crown nut of the Morris Tube is stamped with the "Broad Arrow"of Government Property and the inspector's mark. 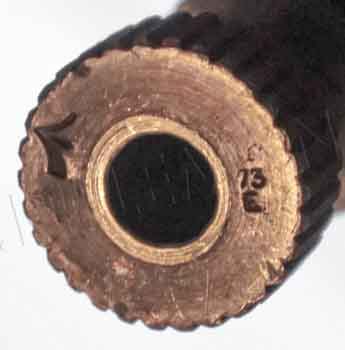 View the rifling through the bore from muzzle to chamber and extractor.

For more details of the Morris Company and their target system, view The Morris target

These are at the request of an enthusiast

Other thread details as chamber end thread below

Other dimensions probably scalable where not figurable 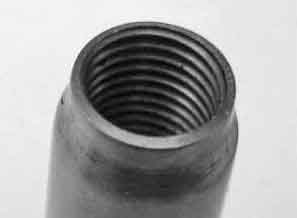 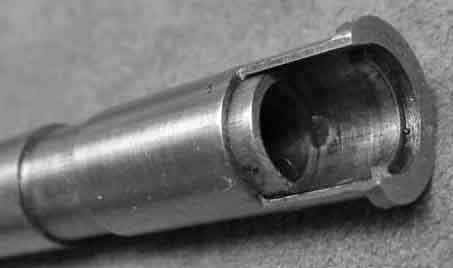 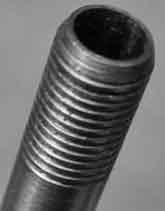 The barrel's reinforce is heavily stamped "MT" for Morris Tube, to confirm that the carbine

has been condemned as a full-bore .303 service weapon,

and consigned to spend its last days as a training arm.

A target frame was available from A.G. Parker & Co.,

With targets that represented ranges from 100 to 800 yards in 100 yard intervals.

Morris tubes became available for the Lee-Metford and Lee-Enfield rifles, and Webley revolvers. 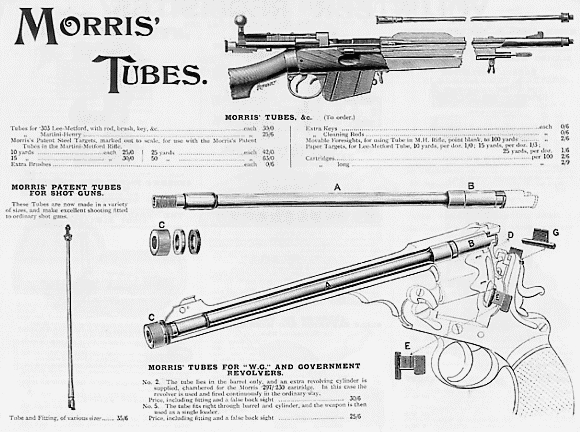 Such tubes were also obtainable, quite early on after its introduction,

but, once tubes were manufactured in .22 rimfire calibre, they were issued solely as "Aiming Tubes".